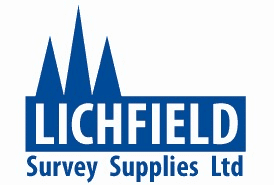 Using the same compensator system of the higher end Topcon AT-B series levels it incorporates four suspension wires made of super-high-tensile metal that features minimal thermal expansion coefficient, providing unmatched durability and accuracy even in the harshest environmental conditions. With the magnetic damping system the Topcon AT-B4 is quick to level and stabilise the line of sight despite the vibrations produced from working plant on construction sites.

The E-grad staff is easy to read over the distances that should be levelled thanks to the 24x magnification. The accuracy over a 1km double run levelling route is 2.0mm.

The Topcon AT-B4 weighs in at 1.7kg which is heavier than its rivals, but then it also feels more sturdy.

The Topcon AT-B Series has a 2 year warranty as standard.